You can fly to anywhere from Newcastle Airport, but not everyone’s thinking has caught up to the reality. “We fly from Sydney due to direct flights available. I don’t see the need to add in another flying stretch.” Ouch. What did we do?

Newcastle travellers default thinking was to put Sydney as their point of origin when booking their flights. Our goal was to change the status quo and inspire locals to ‘GO SMARTER’ from their airport. People had a perception about what the airport was, but a $14m referb with new facilities and new routes meant it was time for them to reconsider.

We know from behavioural economics that 5% of decisions are made by the rational brain and the remaining 95% by the emotional brain. Guess who we appealed to?

In our first stage we pointed out the drawbacks of driving down to Sydney. Then we educated travellers about direct flights and the ability to hub to literally anywhere by starting with the least amount of hassle. And we also stimulated the urge to travel. You need a holiday.

Rethinking was the key. Our creative platform became ‘Go Smarter’. It allows us to point out the foibles of current accepted wisdom, and also empower the enlightened. We reckon it’s got legs too, and will work long-term to evolve as the airport does.

We wanted to stay on brand so people knew where the message was coming from. But we also wanted some disruption, so we used familiar elements like logo colours and icons in different ways so people understood this is no longer the airport they thought it was. 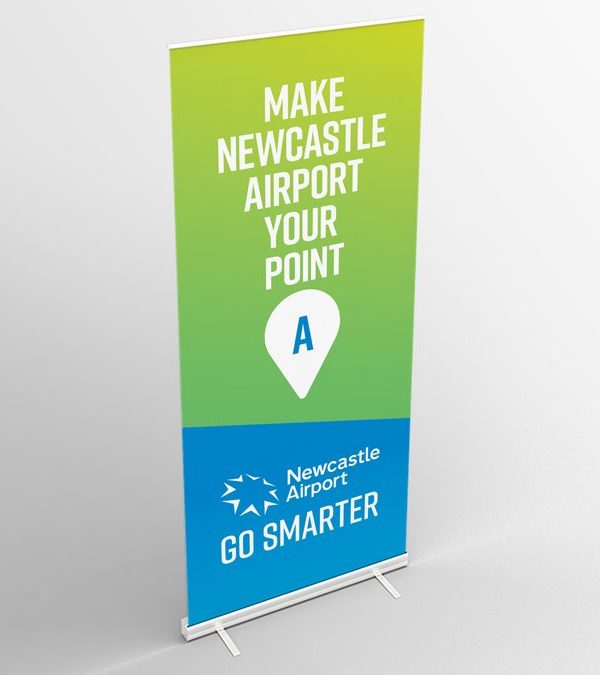 The real way to measure success for an airport is passenger numbers, and in the year following the launch of Go Smarter, Newcastle Airport saw nine months of record passenger increases resulting in a new record for the 2018 financial year of 1,272,634 passengers, an increase of 1.2% or 15,514 passengers over the previous year.

But that wasn’t even the best bit. The increased passenger demand meant airlines started to take notice, so during this time the Airport was also able to attract two brand new routes: a new domestic route to Adelaide with FlyPelican and a long-awaited international route to New Zealand with Virgin Australia! This was huge, as new routes aren’t something the airlines commit to lightly, so for two to recognise Newcastle Airport as a place to grow their business was quite a coup.

Stay In The Know

Words to the wise and shenanigan updates straight to your inbox. Spam free since 1998!
Creative
Digital
Production
Strategy
See our work A few of our greatest hits! Have a project? We'd love to help! Get insider tips! Check out our latest insights